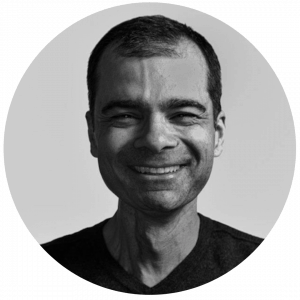 My name is David Christian Caldarella.

In late March 2010, I was living in Jupiter Florida and debating returning home to NJ to visit my family for Easter. I booked a flight back to New Jersey for March 27th. I also made a doctor appointment with my local ENT Dr. Edward Engle from Southern Ocean Medical Center in Manahawkin, NJ as I was having some trouble swallowing one night and within 48 hours noticed a lump on the right side of my neck. I can easily recite a number of dates off the top of my head and listed below are just a few of the major ones.

On April 5th, I met with Dr. Engle. He performed a a right tonsillectomy on April 15th to remove a tumorous growth on my right tonsil and he performed a biopsy of the lump on the right side of my neck.

On Tuesday, April 20th, I heard the words for the first time “You Have Cancer!” Dr. Engle told me that if he were giving this diagnosis to a family member – he would be sending them to the head and neck surgery department at Thomas Jefferson University Hospital, Philadelphia and specifically to Dr. David M. Cognetti. On Thursday April 22nd I met with Dr. Cognetti and he delivered even more bad news to me after some additional testing and a physical exam. He told me I had stage IV squamous cell carcinoma. The cancer cells were extremely aggressive and they had metastasized from my tonsils to the lymph nodes on the right side of my neck and down my throat. I never smoked, wasn’t a big drinker and I just got diagnosed with Stage IV Cancer. The odds were not great but Dr. Cognetti was confident we had a shot at positive results given my overall health, his surgical abilities, the team at Jefferson and an extremely aggressive treatment plan. I made the choice to keep everything under one roof at TJUH and Dr. Cognetti would lead the team. My oncologist was Dr. Rita Axelrod, radiation oncologist was Dr. Peter Ahn and an amazing group of nurses and technicians from TJUH were about to care for me intently over the next 10 months. This proved to be the greatest decision early on in my diagnosis.

On May 5th, Dr. Cognetti performed a right neck dissection, which removed 72 lymph nodes on that side of my neck. He removed my left tonsil and scoped my throat to get a better visual of what he was up against with the additional metastasis of cancer cells. The tumor removed from the right side of my neck was the size of an egg.

On May 12th, we decided to go right back in for surgery #3 near the right tonsil. I was Dr. Cognetti’s 10th patient ever back in 2010 to undergo robotic throat surgery – this method is known as the da Vinci transoral robotic surgery. Dr. Cognetti used this surgery to excise the additional cancer cells on the back of my tongue and walls of my throat.

June 14th, I started 6.5 weeks of radiation therapy & 7 weeks of chemotherapy infusion treatments. My radiation sessions lasted 30 minutes – 5 days per week as I lay flat on a metal table with a hard plastic facemask attached to the table holding my shoulders and my entire head in place while the targeted radiation machine moved about my head. I received 7 chemo infusions that lasted 4 hours – 1 per week. I suffered through severe burns inside my mouth and on my neck from the radiation therapy making it virtually impossible to swallow anything including water. The chemotherapy made me extremely nauseous on a daily basis and my face, neck and shoulders broke out with a terrible rash. Additionally I was hospitalized on several occasions for a multitude of items including 2 bouts with kidney stones, bronchitis, dehydration and a feeding tube was placed in my stomach. I didn’t eat or drink through my mouth for almost 2 months and the feeding tube lasted 4 months. I lost a total of 65 pounds during my battle. Finally, I endured 10 weeks of physical therapy on my neck, shoulders, arms and had a kidney procedure in February 2011.

My Faith, Family and Friends never left my side and I never gave up! I read something during my battle: “Kindness is the shadow of God in man.” Those beautiful shadows were never more present than during my battle with cancer. That same kindness, generosity of spirit, faith, hope and love are the core beliefs that will be utilized by our foundation: David’s Dream and Believe Cancer Foundation! I’m focusing my energies on the mission of David’s Dream and Believe Cancer Foundation and I continue to process my journey.

My name is David Christian Caldarella and on November 11th 2010 I officially became a stage IV cancer survivor!