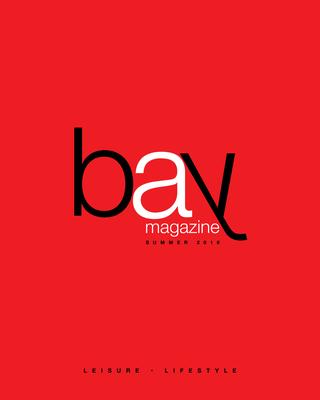 David Caldarella is a stage IV head and neck cancer survivor. He’s also a sort of angel-on-earth for many who know him. And a hero. A leader and visionary. A friend. A listening ear. An inspiration. Perhaps most significant to the hundreds of people he has helped, he’s the Co-Founder of David’s Dream & Believe Cancer Foundation (DDBCF), which serves families affected by a cancer diagnosis.

HIS BATTLE
The first sign of David’s illness occurred in March, 2010. After dining out with a friend, David reports, “We returned home with me having some difficulty swallowing. It felt as if something were stuck in the back of my throat. When I went to shave in the next day or two, I noticed a lump on the right side of my neck.” David’s first doctor’s appointment in early April was rapidly followed by another, and then a surgery to remove a tumorous growth on his right tonsil and to biopsy the lump on his neck.
When his doctor confirmed that David had Squamous Cell Carcinoma, “The words seemed to hold in the air for a while, just long enough for me to watch my mom’s eyes well up with tears.” David was immediately referred to Thomas Jefferson University Hospital (TJUH) in Philadelphia, and he was scheduled for a PET scan.
The PET scan showed that the cancer spread from David’s tonsils, down his throat, and into the lymph nodes on the right side of his neck. The time leading up to that major test was also a turning point for David. “I realized in those moments prior to the scan that there was a real possibility I was going to die. I made peace in that moment with that possibility. But I also made a conscious decision: I would fight like hell. And I wanted to create a nonprofit so that the loves of my life—my nephew, Timothy, and two nieces, Isabella and Sabrina—could be proud of their uncle. Somehow we could help other families affected by a cancer diagnosis.”
But first there would be treatment. The plan consisted of surgeries, radiation, and chemotherapy. David writes, “The surgeries were rough on me. I was hospitalized a few times for bronchitis and kidney stones. I never had the opportunity to heal and was forced to start radiation and chemo thirty days after my last surgery.” This was the treatment plan’s recommended timeframe to ensure the best possible results.
David goes on, “Radiation and chemo proved to be difficult foes. My overall health began to plummet. I went from 190 lbs. at the start to 125 lbs. at the end of treatments. I suffered second degree burns on my neck from radiation. My mouth was a war zone from the combination of surgeries, radiation, and chemotherapy. It was unbearable, even with every major form of pain medicine. Relief was a fleeting concept.”

HIS DREAM
David’s intense and difficult treatment and its complications were sometimes alleviated by envisioning a future for his nonprofit. He writes, “The pain was severe and constant during my treatment, but so was the support from family, friends, and even strangers. My strong faith in God helped me through some of the darkest of times… The concept of creating a nonprofit to pay it forward proved to be my strongest ally in my battle with stage IV cancer. There were far too many sleepless nights and restless pain-filled days over the next few months, but it was in those same times that creating this Foundation helped me find some solace despite my discomfort.” David considered major, formative questions: “How would we describe our mission? What would we call it? Who would volunteer to serve on the Board of Directors?”
My dream was that I was going to defeat stage IV cancer, but I had to believe in that dream.”
The DDBCF received its official 501(c)(3) tax-exempt status a few days after David’s last radiation treatment. Its mission and goal: to help one or two families affected by a cancer diagnosis annually. As for what to call it, that answer came naturally. David explains, “A friend of mine suggested using the website Caringbridge to disseminate information about my current health status. It was an easy way for me to keep everyone updated without having to respond to calls, texts, and emails. I always signed my updates with, ‘Dream & Believe, David.’ The name for the Foundation originated from this, David’s customary sign-off.
David was informed he was cancer-free on November 11, 2010. He remembers thinking, “This is the best day of my life.” Within a few weeks, DDBCF started fundraising with a pizza party at the Ship Bottom Fire House in December 2010, earning almost $10,000. David’s leadership and vision, along with the strength of its Board of Directors, enabled the Foundation to begin and continue its important work. He writes, “We were able to offer financial assistance to 20 families in 2011 and 50 in 2012. In 2013 and 2014, we were able to assist 117 and 120 respectively. In 2015, we offered financial assistance, services/programs and – most importantly – HOPE, to 212 families, in the amount of $155,181.66.”
Although these successes far exceeded the Foundation’s initial expectations, the team understands deeply why and how there is always more to do on behalf of families battling cancer. David writes about some of those the Foundation helps: “There’s the husband/father concerned about putting food on the table for his family, so he stops taking his expensive chemo pills; there’s the couple whose two-year-old daughter is diagnosed with cancer and starts losing the ability to sustain their business because they’re constantly driving back and forth to hospitals; there’s the single mom who is trying to care for three children when the youngest is diagnosed with cancer; there’s the senior citizen couple or senior individual with nobody, left to fend for themselves during the darkest of times; there’s the happily married couple with two kids and one on the way, only to find out the pregnant mom has developed cancer.”

HIS TEAM
Making DDBCF a reality and growing it to unexpected success started with bringing David back to health. David continually mentions by name, and with much admiration and gratitude, the health practitioners who have and continue to support him. David clearly made significant connections with his treatment team despite the haze of illness and discomfort that hung over him during that time.
Others stepped up to push forward his dream of a nonprofit, serving due to their relationship with David and their passion for the Foundation’s mission. Tim Hall is Co-Founder of DDBCF and is currently serving as Treasurer after almost five years as President. David writes, “Tim has been like a brother of mine for almost 40 years. He made it a point to travel to New Jersey six different times during my cancer battle to spend time with me and take me to treatments.” Since Tim lives in Kentucky with his family, this was no small task. David says that at DDBCF, Tim “constantly reminds us that our mission must stay focused on our patients and their families. Our patients make it very easy for us to do that; they inspire us on a daily basis with their faith, courage, and determination.”
Kelly Powers served on the Board of Directors in various roles including Secretary and Treasurer for almost four years. David has known Kelly for 25 years. For more than half of his 33-day radiation treatment plan, Kelly drove from her home in Trenton to get David in Manahawkin and take him to TJUH in Philadelphia, then took him back to Manahawkin before returning to Trenton. Kelly’s friendship and continued support for the Foundation remain a constant source of strength for David.
Kim McCabe Manzella currently serves as President on the Board of Directors and is responsible for creating and managing the youth group, Generation Dream. Kristin Panzone is on her second two-year term and serves as an Event and Artistic Director. Dani Corso is in her first term and is currently serving as Secretary and Communications Director. Steven Crisalli joined the Board of Directors in January 2016. All of the Directors serve on a 100% volunteer basis.
David’s girlfriend, Catherine Deely, is the Foundation’s top advocate, and can be found volunteering her time to support David and the mission year-round. Joan and Vincent Caldarella, David’s parents, are very proud of David’s caring spirit: “We are humbled to witness the work of David’s Dream. His mission truly is one of mercy and love for all the people that have walked in his tracks.” David’s sister Christine, brother-in-law, Dan, nephew, Timothy, and nieces, Isabella and Sabrina, have always provided David with support, shoulders to lean on, and smiling faces.

HIS FUTURE
Buoyed by the gift of cancer-free status and supported by the commitment and generosity of the Foundation’s leadership, supporters, and volunteers, David continues to pursue the mission. He has spoken to over 500 families and individuals dealing with a cancer diagnosis, and notes that while each may experience a different and unique battle, as humans, they share hope and a will to live.
For DDBCF, supporting patients’ and family members’ hope and will is foremost; they strive to do so through fundraising and community outreach. One newer initiative includes the Foundation’s youth group, Generation Dream. This effort gives kids between the ages of six and 16 opportunities to raise awareness for DDBCF, create fundraising projects, and mostly, David suggests, to “generate a ripple effect of kindness for New Jersey families battling a cancer diagnosis.” The Foundation recently created a Patient Advocate Committee consisting of their patients, caregivers and Nurse Navigator Elizabeth Martinez from Southern Ocean Medical Center. Lizzie was also responsible for nominating David for the inaugural Hero of Hope Award from the Academy of Oncology Nurse & Patient Navigators which David did win in October 2015. David and Kim serve on the Southern Ocean Medical Survivorship Committee and David currently serves as a Patient Advocate on the Head & Neck Steering Committee and Patient Advocate Steering Committee for the National Cancer Institute. DDBCF has also created a student group at Southern Regional High School — where David’s nephew Timothy is a member — and the Foundation has enlisted the support of Professor Dr. Ai Zhang and her students from Stockton University.
David mentions something that summarizes his and the Foundation’s story perfectly: “I read something during my battle with cancer: Kindness is the shadow of God in man. Those beautiful shadows were never more present than during my battle with cancer. That same kindness, generosity of spirit, faith, hope, and love are the core beliefs of DDBCF.” David’s story shows us that both light and shadows can precede the creation of something important.

To be part of this important cause, please consider how you might contribute, including planned giving or sponsorship. To learn more about DDBCF, volunteer, or make a donation, please visit: David’s Dream & Believe Cancer Foundation