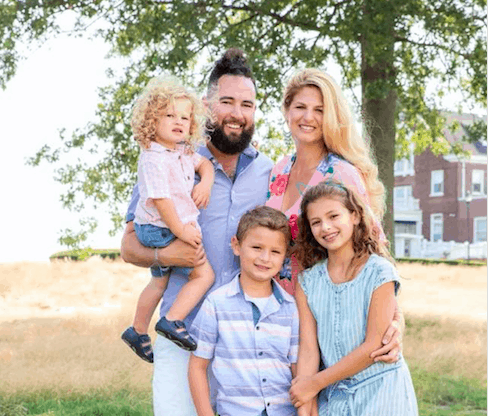 It all started in December 2017, when I noticed I had a lump on the right side of my neck when I was extending my neck to shave. Initially I thought  it was just inflamed glands because I had a history of sinus issues. When January came around the lump was still there – I could see  it, I could feel it, I could seemingly move it around, it was weird. So I decided to see my ENT, Dr. Anthony Cultrarra who performed a physical exam and didn’t feel that the lump was characteristic of cancer. Of course to be sure, he sent me to his partner, Dr. Rasesh Shah who performed a Fine Needle Aspiration in February 2018. While I was looking for clarity and confirmation, unfortunately the pathology came back non-diagnostic, and I was left without any real answers, only to watch and wait, but not to worry.

So I carried on with my regularly scheduled life until May 2018 when the lump had returned to almost its original size. so I met with Dr. Cultrarra again, and he said that we could either try a FNA again, but he didn’t recommend it since the first was unsuccessful. This moment is pretty much where my life changed, because I felt my heart drop into my stomach, just like right now as I write this, tears  welling up in my eyes, overcome by the sheer emotion tends to happen when faced with previously uncharted territory. He recommended I go see one of his close friends, Dr. Nadir Ahmad, a head and neck cancer surgeon located at MD Anderson Cancer Center At Cooper. I was able to get in to see Dr. Ahmad very quickly in early June 2018. Coming from a career in corporate healthcare, I have NEVER met a more compassionate doctor. He opened the door to the room and immediately bonded with my 1 year old son, Levi. In fact, he held him in his arms the entire appointment, and that was a game changer for me, I knew with certainty he was the doctor for me. So he presented my options again, another FNA or a radical neck dissection to remove the mass and get a definitive pathology. Being who I am, I opted for the surgery, which was scheduled for July 11, 2018.

I remember calling  my mom to tell her I was having this neck surgery because of a lump on my neck, desperately trying to hang on to the courage in my voice so she wouldn’t know I was scared . I remember showing up to the hospital  that morning scared with uncertainty that things would be very different when I woke up. The surgery went well and Dr. Ahmad has removed the mass along with several other suspicious lymph nodes.

Well, 10 days later on July 21, 2018, I heard the big C word for the first time. I was diagnosed with Metastatic Papillary Thyroid Cancer and informed that I would need to return for a second major neck surgery and have a Total Thyroidectomy. I remember not knowing what to do or what to say, so I just kinda smiled, laughed, and totally checked out of my body, trying to pretend that didn’t just happen and everything would be ok. I’m forever grateful for my wife, Jessica’s support because she honestly gave me the strength that I didn’t have in the moments where I freaked out, trying to grasp at some reality of life that didn’t include cancer, but I had to face it, so that’s what I did, and most of the time I did it with a smile on my face.

I returned to the hospital on August 29, 2018 for a Total Thyroidectomy, nervous and scared, but excited to be moving forward on this journey. When I woke up, life was different, my thyroid was gone and I had a surgical incision on my neck from below my right ear all the way to the left side of my Adams Apple. Just in time for Halloween.

Another 10 days after that, we got some interesting news. The pathology had come back on my thyroid gland, and that pathology revealed a perfectly healthy thyroid, no masses, no nodules, no lesions, and I was confused. What did this mean? Did I actually have cancer? Did someone make a mistake? I was admittedly freaking out – keeping a positive mindset in times like this was SO challenging even with all the personal development I had done.

This brings me to finding an Endocrinologist at Penn Medicine, Dr. Benjamin Cooperberg who has really helped me gain some understanding, which allowed me to find some peace, and focus on my healing. Dr. Cooperberg had a second pathology on the thyroid gland, which confirmed the original diagnosis. That brought clarity but also more confusion, because how can I have Thyroid Cancer with a perfectly healthy thyroid right. Apparently it can happen, and I’ll never know for sure, but I either had a cancer cell that completely took over a lymph node OR I had an ectopic thyroid cell (similar to an ectopic pregnancy) that didn’t differentiate appropriately, and voila – cancer.

So finally on April 1, 2019 I received 100 mCi of Radioactive Iodine, after which I had to remain completely isolated for 7 days, before which I had to comply with a Low-Iodine Diet for 14 days to effectively starve my cells of iodine, therefore increasing the uptake of the radioactive iodine, and effectively destroying any remaining thyroid tissue in my body, good or bad.

That brings me to today, the here and now … I have been consciously adjusting to my new life, dealing with new emotions, embracing beautiful new people, and really loving life in the face of this diagnosis, because resilience and perseverance will define my life, not cancer!

There’s nothing as powerful as a made up mind, and my decision has become a mission to empower everyone to pay the price “here,” so that they can pay it forward wherever “there” may be.

I am Gregory Louis Sable, I am a Thyroid Cancer Warrior, and I am honored to have been asked to be a Patient Advocate for a foundation that truly stands out amongst the rest, making patients AND their families THE priority, because we all need support. Cancer isn’t only a patients’ disease…

DONATE IN HONOR OF